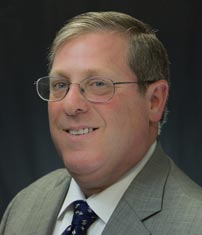 Eoin immediately commenced his training in private practice spending the first five years in a real estate and commercial litigation boutique, Hamilton & Samuels, and then joining the national law firm of Katten Muchin Rosenmann, LLP, where he was made a Partner handling complex real estate and corporate litigation matters and managing other lawyers and support staff. In July 1999 Eoin resigned as a Partner and established himself in Orange County, California.

Eoin is a member of the Orange County Bar Association and has lectured on a variety of topics over the years to various sections. Eoin has been a long-time supporter of many charities in Orange County; serving on the Board of Directors of the Constitutional Rights Foundation of Orange County (CRF-OC) and Orange County School of the Arts among others. Eoin’s involvement with CRF-OC began in the early 1990’s when he attended the second session of the Peer Court. Since that time, Eoin joined the Board of Directors, is past President, was the board representative on the Peer Court Counsel, attorney advisor to Foothill High School and is currently Co-Chair of the Peer Court Committee. In addition, Eoin is a member of Childhelp golf tournament committee, a non-profit serving abused children, and has helped raise millions of dollars in support. He also sits on the Board for the Young Singers of Orange County (YSOC).

Admitted since 1990 to practice law in the State Courts of California and all Federal Courts, Eoin has spent the past 25 years representing clients in the real estate, development, manufacturing, telecommunications and banking industries and has tried many cases to a successful outcome, including a multi-million dollar jury verdict in Los Angeles County in 2011, listed as one of the top 100 verdicts for the year. Eoin is a founding Partner and co-manager of FitzGerald Yap Kreditor LLP, in Irvine, California, providing corporate, securities, real estate, litigation, trust/estate planning and immigration legal services. Eoin is also co-author of Mums the Word: Why Saying Too Much May Invalidate a Contract, 27(2) California Litigation 2, 2-8 (2014).

Eoin and his wife, Tina, reside in Irvine, California since 1998 raising their two children. They both enjoy traveling, reading, the arts and time spent with family and friends.